The Bambininkai Mound. The mound dates back to mid-1st millennium - early 2nd millennium. The mound was first described in 1898 in the weekly newspaper of the Lithuanian Americans Vienybė Lietuvininkų. There are several legends about this mound saying that Demburis, which is the last worshiper of the Thunder in this district, is buried in the Bambininkai Mound. Once he was alive, a pit was dug in this place, where he was buried later. His troubles ended here therefore the mound was called Dembavaragis (the Troubles of Demburis). It is also told that the French poured this mound by means of their hats in 1812. It is also speculated that a Lithuanian fire altar used to be on the mound. 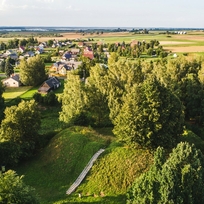 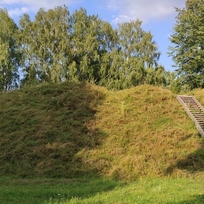 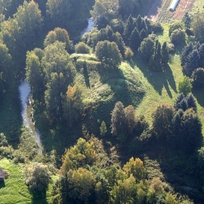