The station was built around 1899.  Next to it, there was a water tower, a bit further away, a food warehouse (ice house). The remaining easter part of the passenger area of the Alytus railway station is rectangular, consisting of the storey with an attic and a basement under part of the building. Original brickwork and fragments of tiles of the ornamental floor still remain.
During the Second World War, most passenger area of the Alytus railway station was demolished with explosives. After the war, the water tower was removed. From 1984, the station was used only for freight, and a new building next to the northern industrial area of the city became the passenger railway station. In 1997, the old station was closed, the tracks though the city were dismantled, and in their place a pedestrian and cycling path was created.
The structure is listed on the Register of Immovable Cultural Heritage of the Republic of Lithuania. 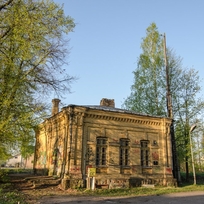 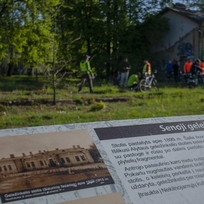 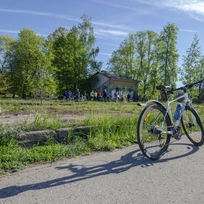 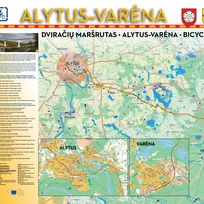