The "Angel of Freedom" monument was built for the first time in 1929 to commemorate the first decade of Lithuanian independence. The famous Dzūkai (inhabitants of south Lithuania) sculptor Antanas Aleksandravičius is the author of the sculpture. The monument went through several tests of nature and history: in 1934 it was struck and broken down by the lightning (restored after three years later). Later, in the fifties the Angel of Freedom was pulled down again for political reasons. In 1991, the statue was again restored. 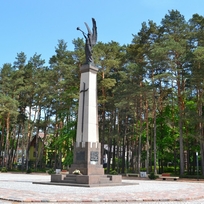 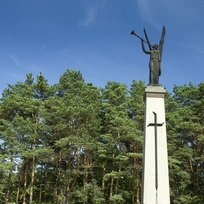 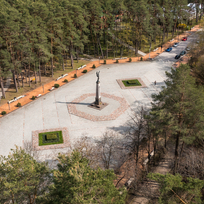