The highest Lithuania’s pedestrian and bicycle bridge (project by V. Karieta) was built in Alytus in 2015, on the remains of former railway bridge piers. It has been registered in the Book of Lithuanian Records.  It is 38.1 m in height and 240,52 m in length. It was officially opened on 4 June 2016. The bridge connects two bicycle paths running on the both banks of the Nemunas River that divides the town.
In the second half of the 19th century, a military railway to Alytus classified as a fortress of the 3rd class, was built to reinforce the western borders of the Russian empire (Lithuania then was a part of it). A 33 m high and 240.5 m long bridge of an innovative cantilever design was built in this place in 1897 to 1899 (project by N. Beleliubskis). The carriageway was designed for rail traffic and horse-driven carriages.
During World War I, in 1915, the retreating tsarist army blew up the bridge.  The Germans who occupied Alytus built up a temporary wooden military railway bridge. It was 35 m high and 294 m long. The bridge served until 1926, later it was dismantled.
The modern-day bridge is popular among enthusiasts of extreme entertainment. Jumping from the bridge while connected to a large elastic cord (Bungee jumps) have been organised there for some time. When standing on the bridge, a wonderful panoramic view opens to Alytus Hill Fort shrouded in legends and dated back as far the 14th century, the middle of the 1st millennium. Near the bridge, there is a recreation area with walking trails, arbours and places for bonfire. 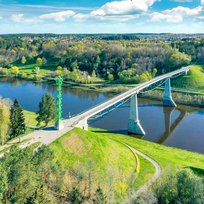 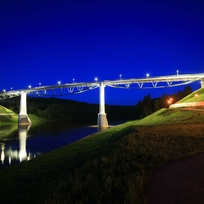 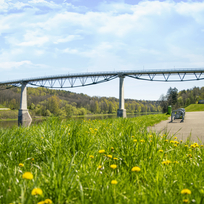 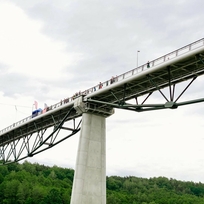 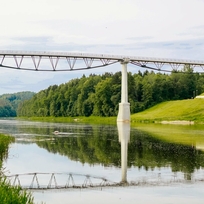 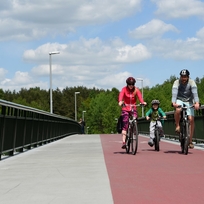 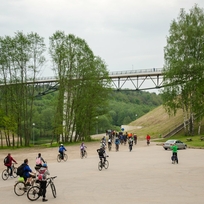 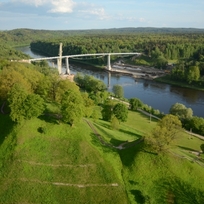 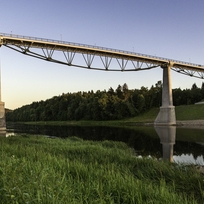 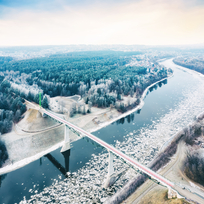 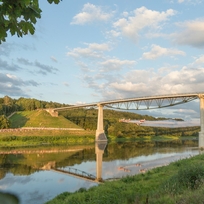 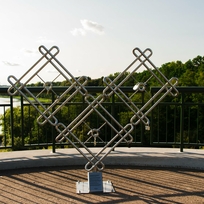 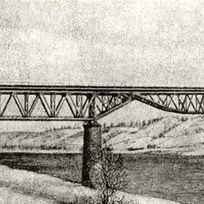 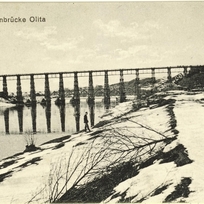 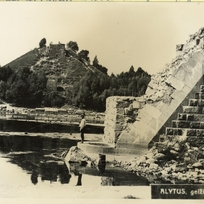