The hundreds of years old Alytus Mound is the witness of the town foundation. It is a historical and cultural monument and today there are a group of sculptures called Ancestors of Alytus Mound at the bottom of it. There are lots of legends tell about the mound itself. One of the legends is about love and the origin of the name of the town. Once upon a time Mirgrausele and Alyta lived there. They fell in love with each other but Mirgrausele was destined to be a priestess. Crusaders forayed the local castle. Many warriors died in the battle but Alyta stayed alive and thrust his way out of the encirclement of the enemy. He rode away to the Gabija hill where Mirgrausele nursed the sacred fire and hid her away. He went back to the battle himself. Although Alyta fought fearlessly he died. When Mirgrausele found out about the death of Alyta, she cried her eyes out so that her tears turned into a runlet and started to run into the river Nemunas. The priests named the runlet Alytupis, the Gabija hill was named the Mirgrausele mound and the town of Alytus was named after Alyta. Even today the runlet of Mirgrausele tears flows into the Nemunas and old people say that those who take a sip of the runlet water fall in love if they were not in love yet, and those who are in love already start loving even stronger.
The mound dates back to the middle of the 1st millennium – 14th century. On the mound, there was the Castle of Alytus that was burnt by Crusaders. 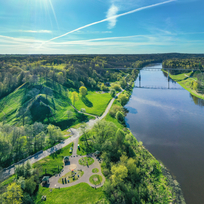 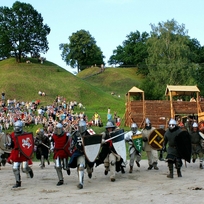 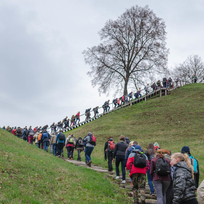 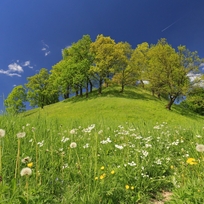 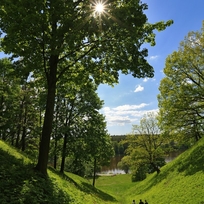 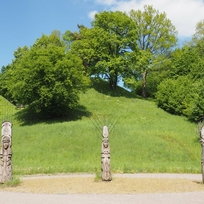 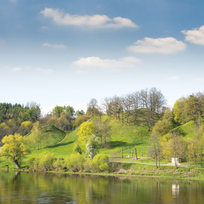 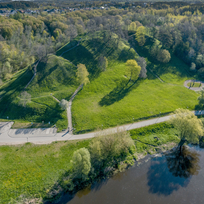