The bridge was the first to be built across the Nemunas in Alytus, in 1909. It was wooden and stood a short distance downstream from the present-day bridge. It was demolished with explosives during the First World War, as the tsarist army withdrew from Alytus in 1915.  After taking the city, the Germans rebuilt the wooden bridge. The first Lithuanian officer to die in the battles for independance, Antanas Juozapavičius, was shot and killed on the bridge on 13 February 1919, and so the bridge was renamed in his honour. Construction of the present-day reinforced concrete bridge was begun on 1936 and it was officially opened on 15 December 1937. At that time, it was the largest and most modern bridge in the Baltic states (it was designed by the engineer Anatolijus Rozenbliumas). Bas-reliefs created by the sculptor Juozas Zikaras in commemoration of Antanas Juozapavičius adorned the bridge. The new bridge was also named after the slain officer.
In 1944, the retreating Germany army demolished the bridge with explosives. Rebuilt in 1967, it was again named after Antanas Juozapavičius in 1990.
The present day bridge is 195 m long, 20 m high and 10 m wide. 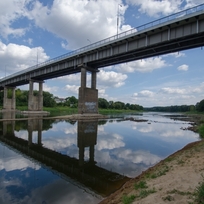 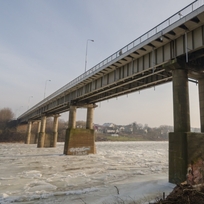 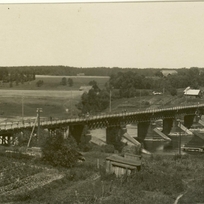 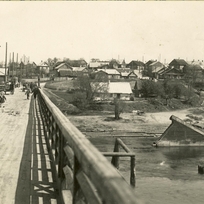